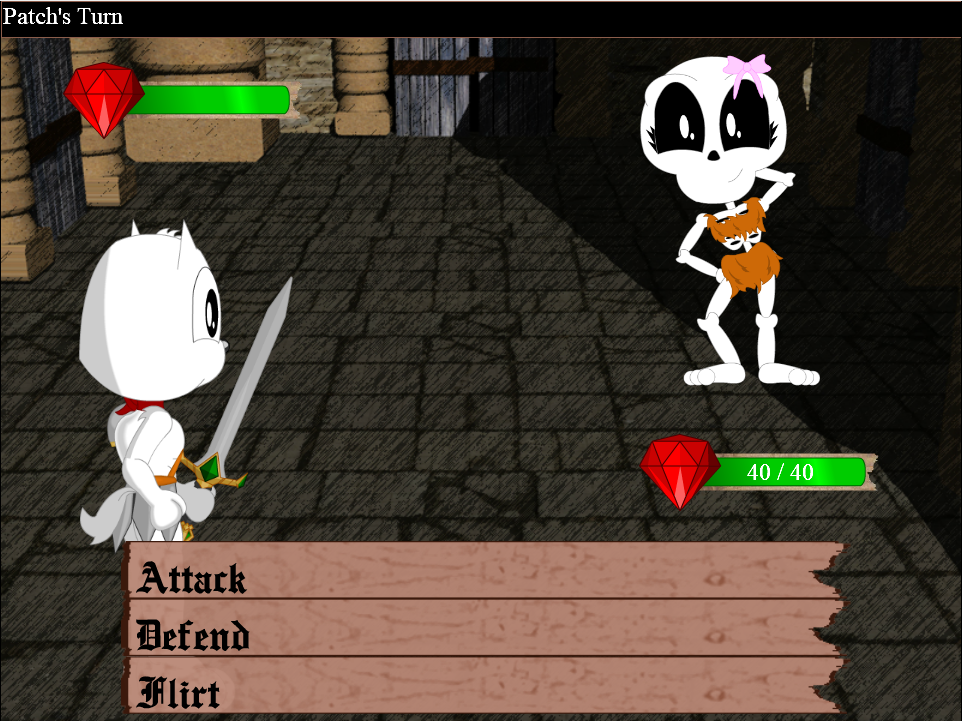 Lets have a look at this.. What do you see? simple.
1) a New Enemy: Female Skeleton. Much like the Male one which plagues Artemis, the Female Skeleton is a Physical attack based monster Patch finds in the ruins.
2) Hounds Battle Pose/image. The old Artemis one has been updated too, but this is the now the first time Patch’s is visible.
What you can’t see?
3) Female Skeleton Sex Animation.. That was a pain to work out. Skeleton’s don’t seam to lead themselves much to sexyness.
4) Patch’s Act 2. It’s going pretty well
5) Artemis’ new Battle pose.
6) Misc stuff that has been done.
What needs to be done?
– All of Act 3
-Second and third section of Patch’s Act 2
-Third section of Artemis’ Act 2
-Patch’s Flirt animation
-One more Monster

Welcome to the Fables of Fulosus Page.

The Fables of Fulosus are a series of short adult furry based Adventure games created by Studio Tempy, headed by Tempy and free to download and play.

The Games are supported by the Studio Tempy Patreon where you can get exclusive looks behind the scenes and even get involved and have your character appear in the games.

If you like Tempy's work and wish to see more, please think about Supporting our Patreon, or just viewing Tempy's works at the sites listed below.